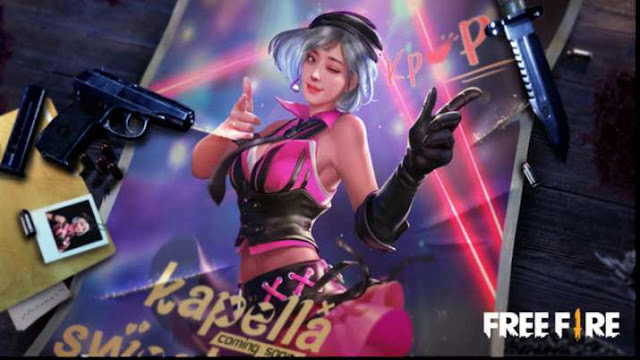 Free Fire is a popular mobile battle royale game that has quickly gained a sensation around the world. The game goes head to head against the likes of PUBG Mobile and Call of Duty Mobile. As the Garena Free Fire battle royale game has become so popular, the company keeps on updating it with new features and patches to generate even more hype among players. The latest update has now been made available for both Android and iPhone users.
With the latest patch update, the company has focused on the popular player and community requests brought to the game. One of the highly requested features was the ranked mode for Clash Squad. The feature will finally be available starting April 9 in the game.
Apart from listening to the user requests, the company has also added a motorbike, which allows two players to ride and reach a particular destination faster. Free Fire has also introduced a new character in the game named Kapella. She has joined the as the lead singer of a K-pop band. With her soothing voice and positive personality, she can heal anyone, including herself. This means when people are using the Kapella character, it increases the effects of healing items and healing skills.
Additionally, the game has also introduced two new weapons with the latest patch update. The two new weapons are Thompson and the Smoke Grenade. While the Smoke Grenade is self-explanatory, it will now allow players to use more strategies. As for the Thompson, it is SMG with a large magazine that will only be available in Classic mode. It will be a great choice for mid-to-close range firefights.
Lastly, the Garena Free Fire will also be getting a new pet, Ottero, later this month. Also, the survivors will want to keep an eye on the skies as an airship will be overseeing Bermuda during the Wonderland event on April 19.

Varun - September 28, 2021
0
Garena Free is an online battleground game that has been downloaded by more than 50 million users around the world. Recently Free...

The Benefits of Free Fire: Why You Should Give This More...

How To Get Free Diamonds In Free Fire?