How Garena Free Fire is trying to combat hacking

Recently players from reputed organisations such as Entity and TSG Army were banned from Free Fire for using hacks.
Garena also gave an official response regarding the recent influx of hackers in the competitive Free Fire scene. 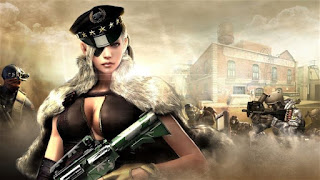 Garena Free Fire is one of the most popular mobile games in the world at the moment with it’s download count rising everyday. Many free fire tournaments are being organized in order to expand the esports scene of the game to match up with the recently boosted mobile esports ecosystem in India.
In an esports competition, one of the most important things is to provide is a clean, competitive set-up without any cheaters via a potent in-game or out-game anticheat. Although Garena is trying its level best to curb the hacking epidemic in Free Fire, specific players belonging to renowned esports organizations have been recently struck by the ban hammer.
At the highest level of competition, these Free Fire players have managed to bypass the game’s inbuilt anti-cheat to execute third party software on a consistent basis. These hacks have essentially helped them secure spots in the few teams, that are providing salaries for up and coming players in the Free Fire community.
Garena has vowed to ban any professional player who indulges in hacking and has promised to take strict steps against it. They have vowed to enhance their ability to catch cheaters and you can find their response at the end of this article.
If this level of cheating is showing up on the ever-growing professional scene, one can only imagine the grade of usage at the casual level. Over the past six months, players have raised several questions about the in-game anti-cheat, asking for a stricter screening process. 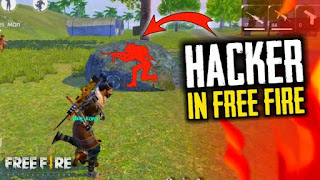 Over the past two weeks, the topic of hackers in the Indian Free Fire community has reached it’s peak. Hackers are a big shame for any community, but it raises eyebrows, when the reach the very top of the hierarchy to earn from the game.
Recently, players from India’s biggest Free Fire organisations such as Entity Gaming and TSG Army were caught using hacks in the Free Fire Scrim Wars 2020, which was detected by the in-game anti-hack system.
Instead of taking lessons from this incident, some ‘professional players’ did not stop cheating, another professional team Bandra 50 was banned due to using the modified APK version of Free Fire.
Many popular PUBG mobile streamers also reacted to this and said that the same happened with PUBG Mobile, as it would get better over time. To prevent this current situation, players are seeking to introduce external anti-cheats similar to those used during professional PUBG tournament tournaments.

Many influential members within the community have also raised their voices about the underbelly of hackers and hackers within the scene.
Apart from the fact that these players are making their way into such prestigious organizations, teams are also prohibited from putting money in free fires by such incidents. Once tainted, the organization that pays players to play will think twice before returning to Free Fire.
Garena took strict action against the culprits as they immediately banned the players for a year and because of them both teams were disqualified from the tournament. In response, Entity Gaming cut all ties with substitute player ETG • ASHWATMA, who was convicted of using third-party software.
Asked about the recent cinematography at their official tournaments, Garena immediately responded to Us.

Cheaters have no place in Free Fire. We apply a range of screening technologies to show suspicious behavior, and are continuously increasing our ability to detect the most sophisticated theaters. We will permanently ban anyone – amateur or pro – who are found cheating. In addition, cheating pro players will be excluded from our tournament with the entire team. We have zero tolerance for any activity that reduces the integrity and fairness of our sport. 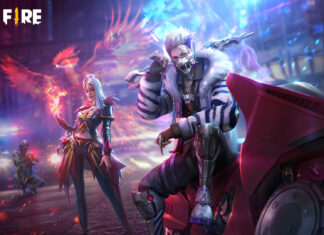 Free Fire Free Elite Pass – How to get Free Elite...

How to login by Guest, Facebook, Google, and VK in...