Top 10 In-Game Weapons/Guns In Free Fire to Use

Top 10 In-Game Weapons/Guns In Free Fire to Use

With 61 damage, Groza and AK start our list with the most firepower. The first is one of the best SMGs in the game, the second is one of the best assault rifles, even with a kickback that is difficult to control. They are good choices for those who want to take down enemies quickly.

A mix of sniper with assault rifle, the M14 has a great 71 damage. The problem is the slow rate of fire, which makes its damage per second much less than it looks. Use the attachments liberally to improve it.

With a good 82 damage, the SKS is faster than the M14, but it is still not very suitable for short distances. With a recoil that is difficult to control, it compensates with the ability to fire multiple shots without having to get out of sight. A favorite weapon for the veterans.

Snipers dominate the list of highest damage, don’t you know? The SVD is semi-automatic and has a 89 HP damage. It is a more powerful version of the SKS, but it is much harder to find. If you get it, then do as much damage as you can.

With 90 damage, the M79 is the famous Free Fire grenade launcher, sometimes loved, other times hated by the community. The Crossbow and other 40mm projectile weapons also do 90 damage after the latest updates.

Since we reached the Top 5, the damage starts to get a bit insane. Kar 98 is one of the most powerful snipers in the game, with an incredible 90 damage per shot. Your problem is the slow reload time, so be smart when using it.

AWM is another very powerful sniper, but also very rare. Its damage is also 90, but its range is phenomenal. A pity that, with each shot, it is necessary to remove the eye from the sight to use the bolt and reload.

The darling weapon for the rushing close-range player. The M1014 deals 94 damage and is the first shotgun on our list, all of them in the top three. If you know how to get on top of enemies and not miss the shots in close range, you are guaranteed a successful kill.

With a better capacity than the other shotguns and a damage of 97, the SPAS 12 is very widely used for close combat. With so much power, it is the second weapon with the most damage from Free Fire.

Basically a handheld cannon, the M1887 is the shotgun that was one of the latest to be added to Free Fire. In addition to having the greatest damage in the game, it has an advantage over others of the shotgun category in the distance attribute, which makes it even more effective. The problem is with the long reloads and low ammo capacity.

The M1873 is a bonus. As it is a secondary weapon, it ends up not being used in critical moments, only in the first few minutes and in specific cases. But since the theme of the article is weapons with the most damage, it cannot be left out with its 94 HP damage. 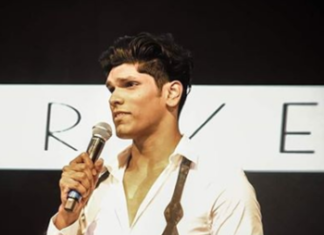 What is the name of mythpat in free fire? Know More...

Free Fire OB30 Update: Check out the download link for your...

What You Necessitate To Know about Free Fire